Fairmount, Indiana at the turn of the century had a population of 5,300 residents.  It is not certain just when the first caucasion set foot upon the soil of Fairmount Township.  According to the best available records, the Native Americans were the sole inhabitants of Grant county until 1823.  Trails carved through the Native American land led brave pioneers west from Cincinnati to Richmond, them north to Jonesboro and up the wilds of Back Creek to what is now Fairmount, about 10 miles south of Marion near the Madison-Grant County line.

The first settler in the area was Joseph Winslow, who cleared land about four miles north of town in 1830, on what is now the Marcus Winslow farm (the same farm where James Dean spent his childhood).  The first home built within the present town limits was started in November 1831 by John Benbow and completed two years later by Daniel Baldwdin at the southwest corner of what is now State Road 26 (Fairmount's Eighth and Main Streets).

By 1850 the community was a prospering settlement widely known for it's good water and rich soil.  The word spread among the settlers so  David Stanfield platted a portion of his farm for the sale of lots.  It is said he disliked the name Pucker (which it has been names for 20 years) for his small town with a population of 300.  Other names were proposed.  Stanfield wanted to call the town Kingston, however his son-in-law Joseph W. Baldwin had heard about Fairmount Park in Philadelphia and liked the name.  The two, being unable to agree on the name selection, agreed to let the surveyor they employed, William Neal, decide.  Neal who had just returned from visiting Fairmount Park, decided in favor of Fairmount.

Before the town of Fairmount was laid out, Grant Post Office was established in the home of William Hall on the corner of Adams and Main Streets.  Back Creek was a sluggish stream dug out by hand and it's present channel established.  From Indiana 26 northward, the stream was more swift and the saw mills along it were water powered   Outlaying saw mill districts were A1, three miles southeast; Pansy, a few miles west; Moore and Clarksburg to the south; Oak Ridge to the northwest  and Quaker Back creek to the north.

In 1851, Joseph W. Baldwin built a small frame house on the northeast corner of Main and Washington Streets.  Here a store was opened and Baldwin became the first merchant in town.  Other merchants of the early days included Joseph Hollingsworth, Issac Stanfield, Aaron Kaufman, Paul Williams and Vincent Wright.  The first presidention election in Fairmount was held in 1876.  Rutherford B Hayes was the presidential candidate.  A total of 440 votes were cast.  Joel Reece from Jonesboro came to Fairmount in 1877 and established the Fairmount News.  The paper was printed on an old Washington hand press.  Competition was supplied by the Fairmount Times which had been in operation for 11 years.

The Fairmount community gained national attention in 1887 when the Fairmount Mining Co. was organized for the purpose of obtaining natural gas.  On April 26, 1887 the mining company struck gas in the Trenton Rock at 965 feet on east Washington Street.  The well was called Jumbo and caught fire in the fall of 1888.  It attracted so much attention that excursions were run to Fairmount for hundreds of excited people who came  to see the blazing monster.  The gas well was said to have a flow estimated at 11,500,000 cubic feet in 24 hours and was said to have the greatest flow of gas of any well in Indiana.  The cost of lights and fuel did not exceed $12 per year for each home and this attracted several glass factories to Fairmount.  When the gas failed about 10 years after the boom, the factories left Fairmount and the population dwindled.

The old high school received it's commission on April 25, 1898.  It was completed in 1902 with three additions being added later.  The first graduating class from the school was 1900.  Fairmount is know as the culture and literation center of Indiana which has 14 times the national average of persons listed in the Who's Who of America.  The Fairmount Academy and Fairmount High School, produced three college presidents, authors, scientists, artists, actors, inventors and the founder of the state of Oklahoma.

Nicon and Louisa Rush, both prominent Quaker ministers were liberal supports of the Academy.  Fairmount Township was the home of Milton Wright, father of Orville and Wilber Wright, who invented the airplane.  Wright is credited with founding the first telephone company in Fairmount. Mary Jane Ward, native of Fairmount, was famous for her book, "Snake Pit" which was later made into a movie.  Cypress Pemberton is credited with making and selling the world's first ice cream cone in 1903.  William "Bill" Dolman, who operated a lunch wagon in Fairmount from 1885-1907 is said to have made and fried the world's first hamburger.  What is not generally acknowledged is that the car Elwood Hayes is credited with inventing was actually the redesigned creation of three young men who put it together in a shop at 215 East Washington Street in Fairmount.  The three young men were Orlie R. Scott, Charles T. Payne and Nathan Alpheus Armfield.  The three men set out to create a motor powered auto in 1888.  The major flaw in their engine was the exclusion of brakes which caused the "horseless carriage" to tip over during a run north of town.  Ready to give up on the idea, Scott sold the wrecked vehicle to Elwood Hayes of Kokomo.

Fairmount is also the hometown of  James Byron Dean, who skyrocketed to fame as an actor in three major films, "East of Eden," "Rebel Without A Cause, " and "Giant.";   Jim Davis, Creator of the cartoon strip "Garfield"; Phil Jones, CBS Correspondent;  Olive Rush, Artist; Dr. Robert Sheets, Former Hurricane Center Director and many more. 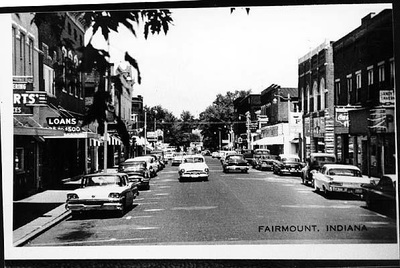 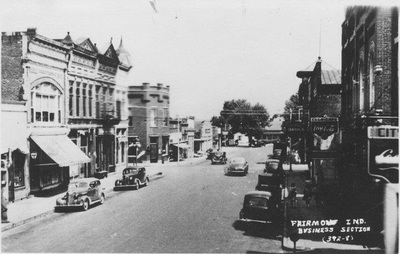 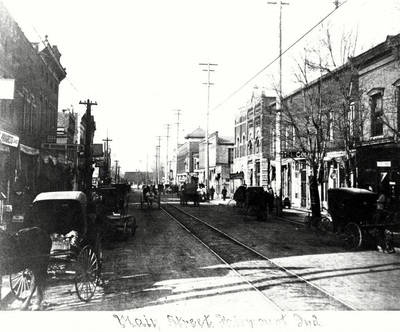 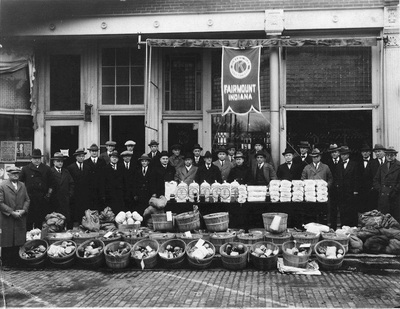 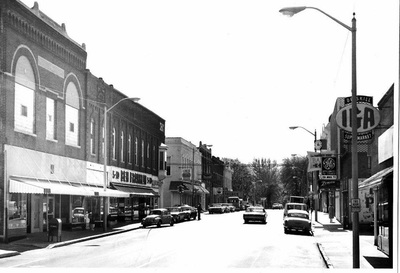 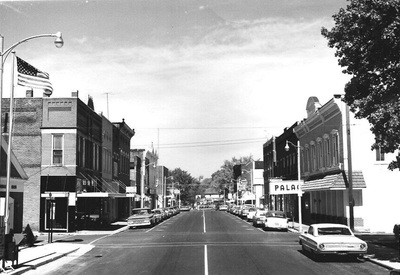 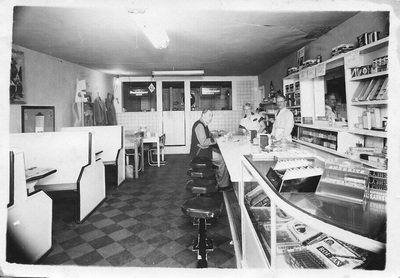 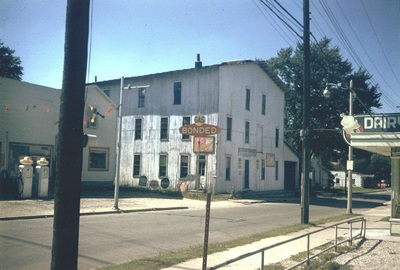 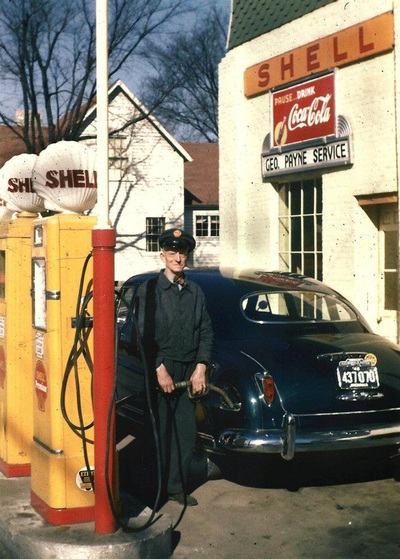 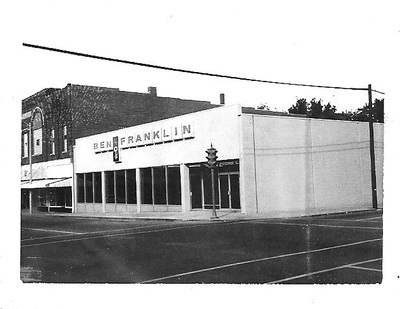 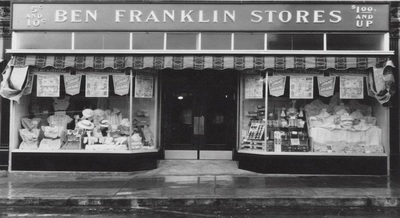 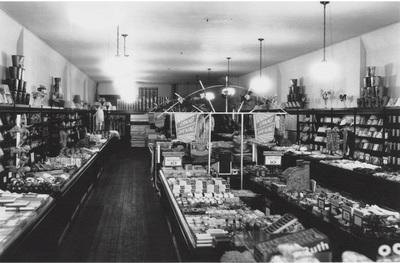 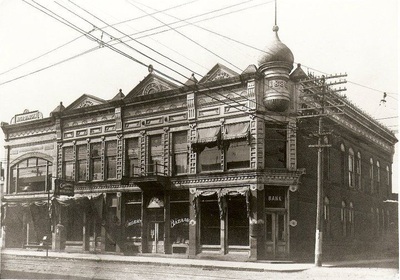 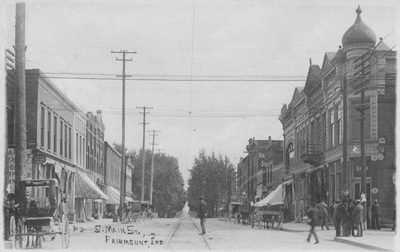 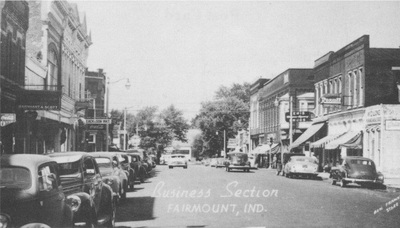 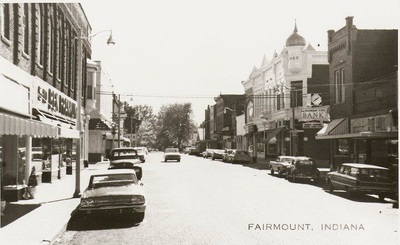 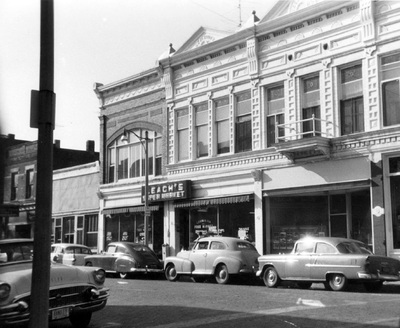 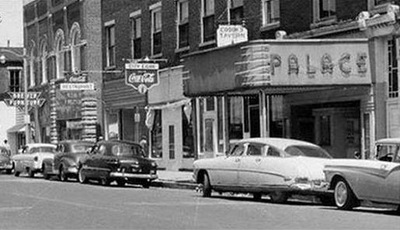