​The James Dean Museum is located in Fairmount, Indiana, where James Dean was raised by his aunt and uncle and spent most of his life. The museum houses the world's largest collection of James Dean's personal belongings, which are on loan from the Winslow family. The museum includes his 1947 Czech 125cc motorcycle, 1955 Triumph TR5 Trophy 500cc motorcycle, clothing, movie props, photographs, letters, artworks, awards, and more! Since 1975, the museum has sponsored the annual James Dean Festival. The festival is always held the last full weekend of September. It includes a huge car show, parade, carnival, vendors, and the world famous James Dean look-alike contest. Come visit Fairmount and pay your respects to one of the world's greatest icons.
​
The Museum also houses a vast collection of not only town history, but a tribute to another famous resident, Jim Davis, creator of Garfield the Cat.  The Jim Davis display honors his awards, achievements and of course Garfield. 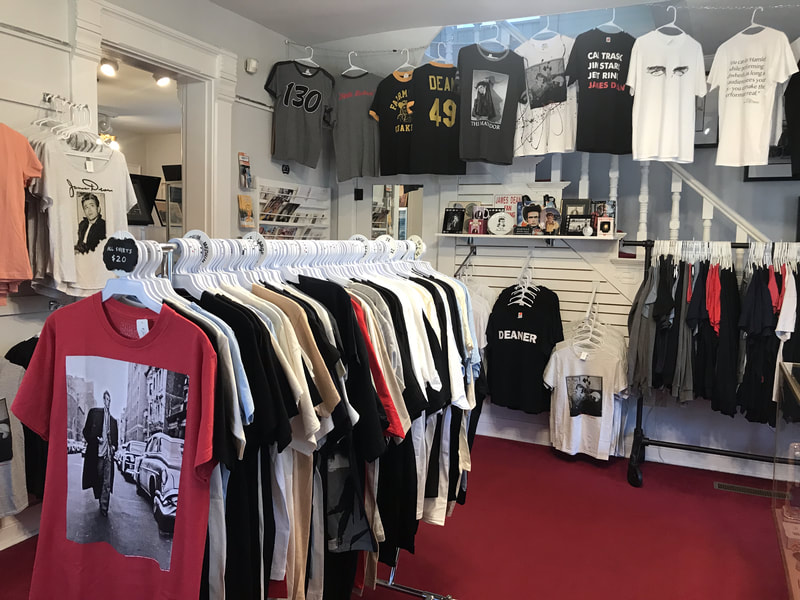 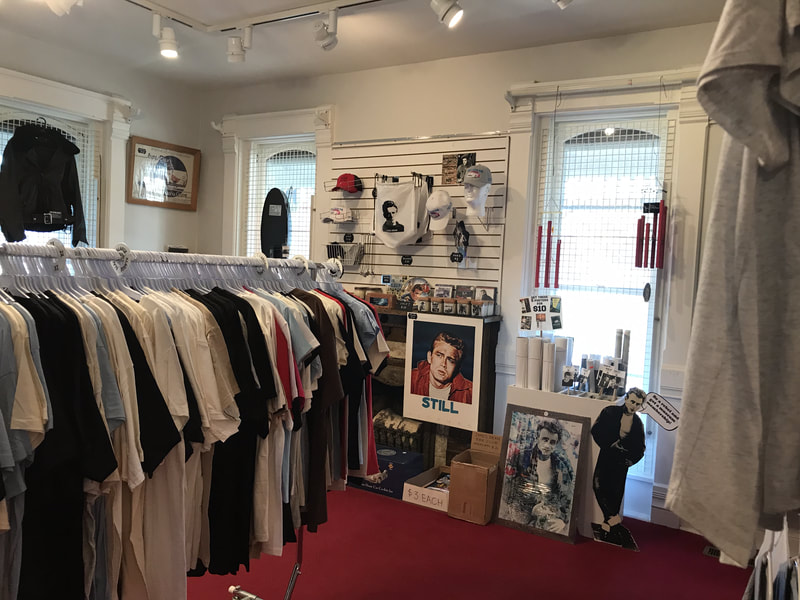 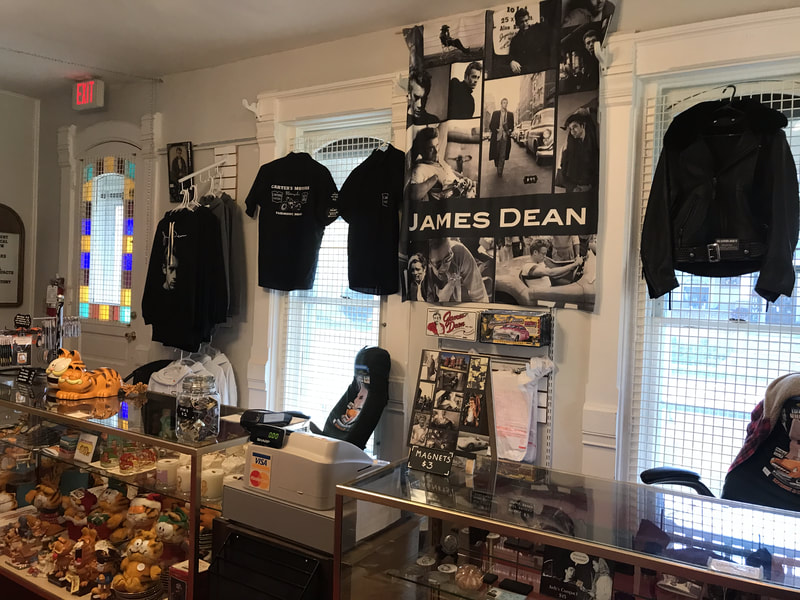 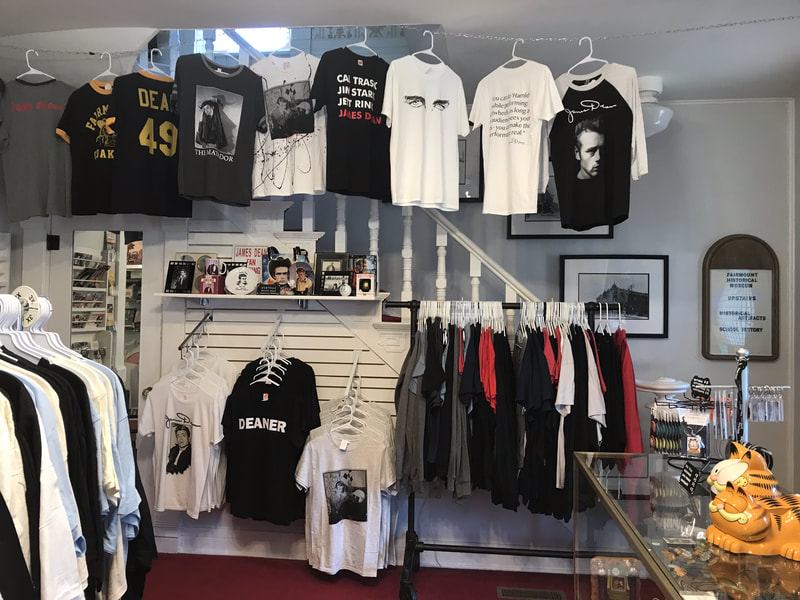 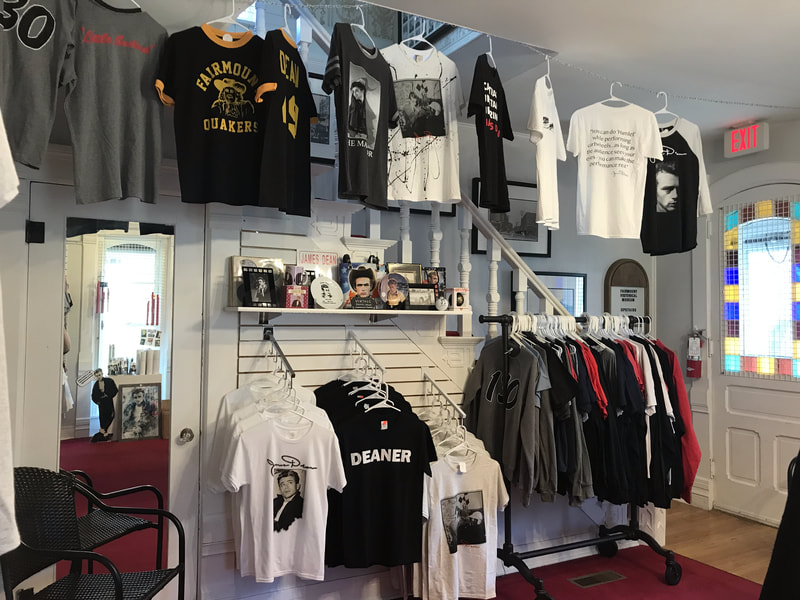 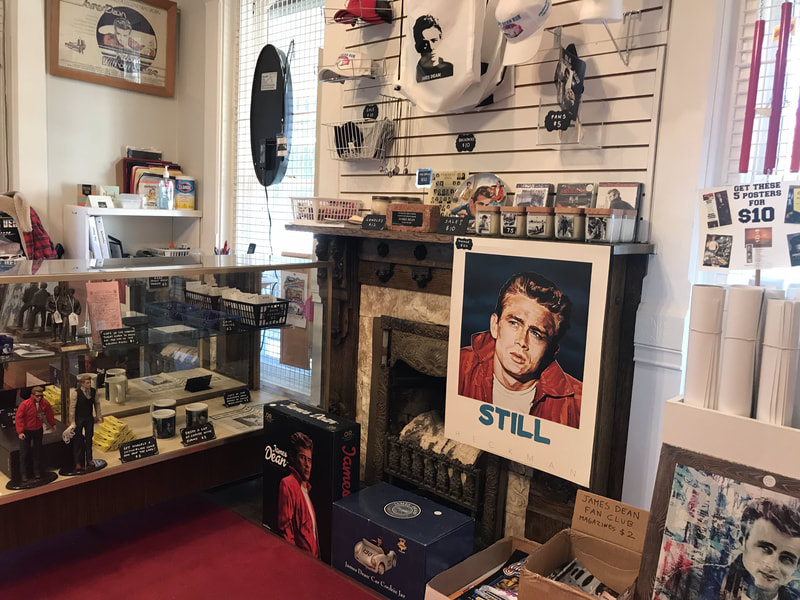 1923, a Quaker educational organization called the Fairmount Academy closed its doors. In 1969, Fairmount High School did likewise. The students who attended these institutions of learning have contributed and are still making their impact felt in all phases of American life. Included have been college presidents, writers, lawyers, scientists, doctors, actors, farmers, artists, and teachers of national and international fame. As these students returned to Fairmount, they invariably asked to visit their old schools. As they walked the halls of their old schools once again, a recurring theme appeared—where were the old class pictures, the trophies, the awards? Luckily the school administrators had the foresight to store all of these artifacts. Everyone agreed that a central location be founded; a place of permanency to preserve these artifacts.

The first meeting of the museum committee was called on January 19, 1975. Other meetings followed, and the Fairmount Historical Museum, Inc. organized officially February 23, 1975. The initial location for the museum was located over the Western Auto Store at 113 1/2 South Main Street. Letters were mailed to former students, soliciting charter memberships and memorials. Sufficient income from the membership drive was received to pay the bills and remodel the old Hockett Studio rooms.

The dedication ceremony for the Fairmount Historical Museum was held Sunday, September 21, 1975. In 1977, the Museum Board purchased the J.W. Patterson property at 203 East Washington Street. This would later become the permanent home of the museum. The Patterson house, a landmark, was placed on the National Register of Historic Places and Sites on November 14, 1979. The museum was moved to its permanent home in the Patterson House on September 5, 1983.

In 2022, the Board of Directors changed the name from The Fairmount Historical Museum to The James Dean Museum to better reflect the remarkable contents of the museum.  Thanks to the generosity of the Winslow family, we have the world's largest collection of James Dean's personal belongings on display.