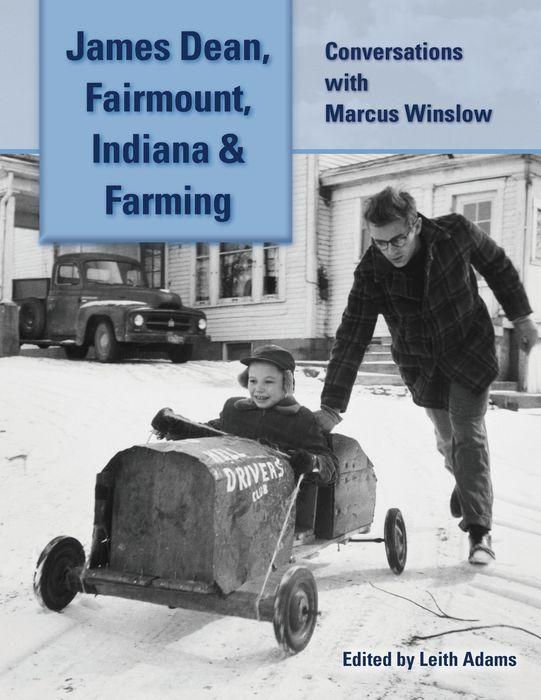 After months of auditioning I am very proud to announce that I am a member of The Actors Studio. The greatest school of the theater. It houses great people like Marlon Brando, Julie Harris, Arthur Kennedy, Elia Kazan..."

James Dean, Fairmount, Indiana & Farming: Conversations with Marcus Winslow tells the story of James Dean and the Midwestern family that raised him through the eyes of the boy who thought of him as an older brother, more than a cousin.

When East of Eden was released in early 1955, James Dean instantly became a star, but tragically he died before Rebel Without a Cause (1955) and Giant (1956) solidified that stardom.

Coupled with never-before published letters and a treasure trove of photographs, Marcus recalls Dean and the farm and the fans and how Jimmie's incandescent fame changed the lives of the Winslow family and his hometown forever.

Marcus Winslow is the President of James Dean, Inc. and still lives on the family farm where Dean was raised.